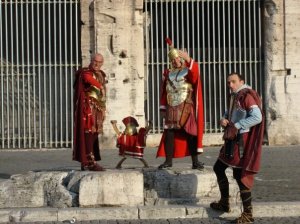 John 11:45-57 is one of the saddest passages I know of. Jesus raises a man from the dead, with witnesses. It is proof that He is who He claims. Some people believe Him. Some. Only some. Miracles can not convince everyone. It’s not a lack of proof, it’s a lack of humility and willingness to admit that we are wrong. Some did. Some didn’t.

Instead, some ran to the Pharisee’s and told on Jesus. It gives me that feeling I get around little kids who are just tattle tales, who enjoy getting messes stirred up. That’s the vibe I feel here. The Pharisee’s don’t care that Lazarus is raised, that God’s power is at work. They are more afraid of the Romans than God. It’s understandable. But they have placed Jehovah under the rule of the Caesars. They have bought the propaganda. They believe Rome’s claims to be more powerful than anyone or anything. God may be staring them in the face in power, but let’s not forget about Rome. The solution, keep Rome happy and kill off God.

This honestly strikes fear in my heart. The audacity, the sheer blindness to cower under the power of a system and push God out in order to appease it. It’s terrifying to consider the consequences of a life lived like this. It’s a life of fear, no peace, uncertainty, and pain. It’s destructive to the very core of the soul.

And I do it. I allow the influence of money, acceptance, power, and selfishness cripple me. I push God out and make room for them. Why? They are unforgiving. If I don’t fold under their pressure, they will leave me. I’ll miss out. But God, He’s always there. I can abuse Him easier than I can abuse these false lovers I have around me. What a terrifying, destructive lifestyle!

The more time I’m spending with the Jesus in John, the more I realize how out of sync with Him I can be. Please forgive me Lord. Change me. Make me new. I don’t want to fall under the power of these forces. I want to stand with You.

Jason is the Executive Pastor at Shelbyville Community Church, in Shelbyville, IN. View all posts by jasonc128