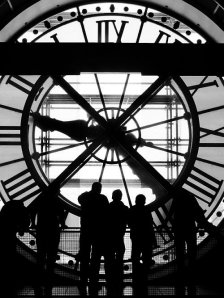 Jesus had told the people that His life and power would divide, and in the end of chapter 12 in John, it keeps on doing that. John looks at two groups of people. On the one side are those who have rejected Him to follow their own ideas, and now they are growing hard to the message. The words used in verse 40 are the same used to describe someone who has grown calluses on their hands from constant work. They have turned their back from Christ for so long that now it is becoming hard for them to hear what He is actually saying, even though it would heal them.

There is another group of people who do believe, but still live in fear of the religious leaders. They haven’t yet made the break from the system. That will come soon enough. If you’re reading John and don’t know how the story ends, then verses 42 and 43 add suspense to the story. They believe, but are afraid. What will they do? How will it turn out?

We live in light, according to Jesus in verse 46. We need to offer that light to everyone. Notice here that He doesn’t write off the people who are growing hardened to His message. He keeps offering them salvation to the very end. We should too. There are people around us that we want to give up on. They are growing harder by the day to the truth and love of Jesus. Don’t give up. Pray, offer them the light, and love them. Jesus says there will be a day when they will be judged, when it will be too late. Today isn’t that day. Keep going. Don’t stop. It’s worth the effort.

Jason is the Chief Executive Officer of Outreach Inc, a non-profit in Indianapolis working with youth and young adults who are homeless. View all posts by jasonc128